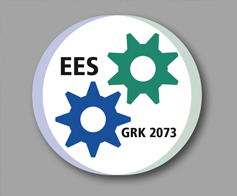 From October 2017, I am a member (doctoral candidate) of the DFG research training group GRK 2073 Integrating Ethics and Epistemology of Scientific Research, which is a graduate research group (Graduiertenkolleg) funded by the German Research Foundation (DFG). The group is chaired by Prof. Dr. Torsten Wilholt (Leibniz Universität Hannover) and co-chaired by Prof. Dr. Martin Carrier (Bielefeld University). The research group bridges the gap between theory and practice in a twofold way: firstly, it examines new connections between theoretical philosophy of science (epistemology, theory of science) and practical philosophy of science (ethics of science, political philosophy of science); secondly, it analyses relevant links between the cognitive dimension of the sciences (theories, hypotheses, discourses, models) and the material culture of the sciences (objects, equipment, experiments, practices).
Within the group my research focuses on epistemological and ethical issues arising from the debates about the functional role of the priority rule in producing scientific novelty and its apparent detrimental impact on scientific integrity, including replication studies [read more here].

From September 2015 until November 2016, I collaborated on the project Building a support system for young researchers (project managers: dr. sc. Predrag Šustar, dr. sc. Elvio Baccarini) at the Faculty of Humanities and Social Sciences, University of Rijeka. The project was funded by the European Union through the European Social Fund.
Along with theoretical research in social philosophy of science, the project’s goal was the development of a system of continuous collaboration between young researchers at the University of Rijeka, through the practice of coworking, website and database of young researchers at the University of Rijeka.
Within the project my research focused on the evolutionary approach to philosophy of science with emphasis on the role of cooperation and competition and their relationship in the development of science [read more here]. I was also in charge of the project’s website administration.